An important note about terminology and caring for each other's histories:

Some readers may have an emotional response to the use of terminology on this website that is historically associated with specific events, places, and people: namely the term "concentration camp" and its close association with the atrocities perpetrated against Jewish people by the Nazis.

The use of this terminology here is not meant to conflate or compare experiences, rather to reject euphemisms and propaganda that helped make the incarceration of Japanese Americans possible. I acknowledge that the debate over this terminology continues. Our language, like our understanding, is always evolving.

My decisions are informed by resources at the United States Holocaust Memorial Museum here, and here, by the Densho statement on terminology, by The National JACL Power of Words Handbook (pages 12-13) and by ideas that are debated in this NPR article, and this article from the UCLA Newsroom in 2015.

The statement below can be found in context here (pages 12-13). It was co-authored in 1994 by the Japanese American National Museum and seven American Jewish organizations. I argue that today, we can add more examples to the list of countries that use concentration camps but the spirit of the statement remains a model that exemplifies for me what it means to honor each other's histories; to clarify what sets them apart; and to remind us of the horror of the most egregious acts therein:

"A concentration camp is a place where people are imprisoned not because of any crimes they committed, but simply because of who they are. Although many groups have been singled out for such persecution throughout history, the term ‘concentration camps’ was first used at the turn of the century in the Spanish American and Boer Wars. During World War II, America’s concentration camps were clearly distinguishable from Nazi Germany’s. Nazi camps were places of torture, barbarous medical experiments, and summary executions; some were extermination centers with gas chambers. Six million Jews and many others including Gypsies, Poles, homosexuals, and political dissidents were slaughtered in the Holocaust. In recent years, concentration camps have existed in the former Soviet Union, Cambodia, and Bosnia. Despite the difference, all had one thing in common: the people in power removed a minority group from the general population and the rest of society let it happen." A note about the Gila River American Concentration Camp: This site is located on private property belonging to the Gila River Indians, If you wish to visit the Gila River site, please contact info@gilariver.org. Land acknowledgments are made and updated using guidance on the Whose Land resource. Please contact me directly if you want to offer feedback or to make suggestions.

All views expressed on this website are my own. 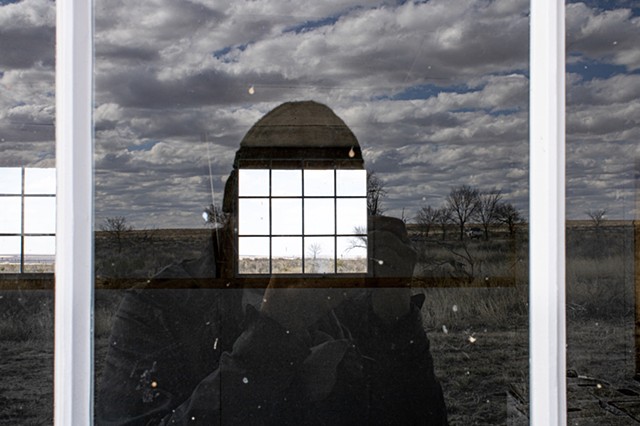 Think of this site as a repository for ongoing art projects: works I make as I spend 2020 and 2021 visiting the WWII American concentration camps for Japanese Americans.

I employ a variety of mediums including sculpture, found objects, textiles, and photographs; I make site-responsive and site-informed works. All images by G. Funo O'Kain unless otherwise noted.