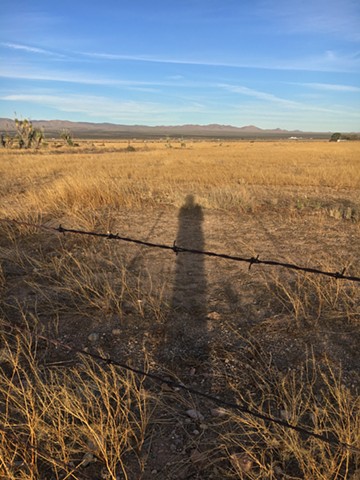 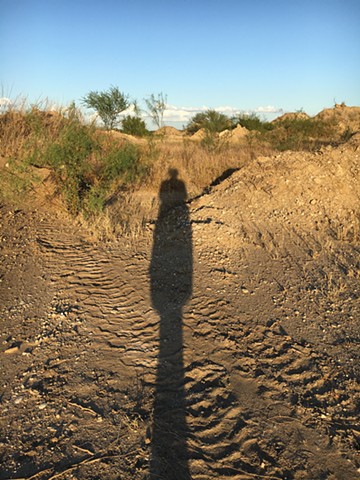 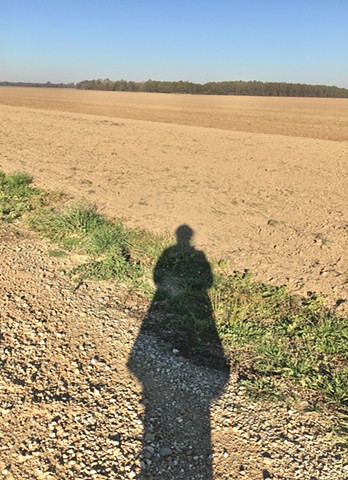 The Shadow Reclamation Act is a site-responsive project.

In this year-long pilgrimage through Japanese America, I make works that incorporate landscape and that savor the phenomenon of "being there": that take some souvenir from these places without removing preservable objects.

Think of the desert sun by day and watchtower searchlights by night. When I imagine these camps I think of them as cities of constant shadows.

Think of the myth of Dibutades. According to Pliny the Elder, Dibutates, the daughter of a potter (I see you!) in an effort to preserve her departing lover's image, traces his shadow on a wall and...Drawing and Painting are born!

Think of the people who were incarcerated in the American concentration camps. They engaged in reclamation projects of their own. Those projects often involved the creation of gardens, farms and swimming holes in the middle of otherwise unyielding landscapes. They also created art and craft movements using foraged materials. These reclamation projects sustained their spirits and cultural identity.